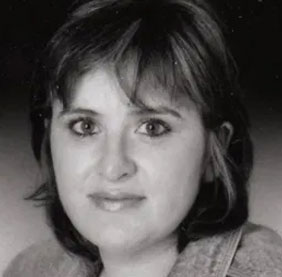 Sarah was diagnosed at the age of 51.  If it hadn’t been for her counsellor urging her to get a diagnosis after recognising the ADHD traits in her, she would have probably spent the rest of her life struggling against them!

Sarah has spent the past 20 years helping people.  She started out as a Mentor with The Big Issue helping London’s homeless.  She loved the challenge of working with people who had given up hope and had nothing.  Her passion for life and compassion for anyone struggling meant after 7 years, she was given an even tougher group to mentor – ex-offenders.  Sarah thrived on the challenge and kept a prolific offender out of prison for 12 months – the first time he had seen the light of day since the age of 19.   He was 31.

Sarah then volunteered at HMP The Mount for 18 months.  She was elevated to Tutor when the prison realised she was capable of working alone with 16 soon to be released men.  Every Monday afternoon Sarah did her best to prepare the boys and men for release – CV preparation, interview technique, setting up in small business and running a franchise.  But what the men also wanted was someone to talk to, someone normal, who didn’t work for the prison.  It was at this point Sarah decided to formalise her one to one chats – she decided to train as a Counsellor.

Since then she has worked as a Trainee Counsellor with young offenders at HMP Aylesbury and set up and ran the entire counselling service at HMP Portland.  Sarah could never quite understand how she related so well to offenders, never having broken the law herself!  Her ADHD diagnosis in 2015 explained that.  A huge amount of prison inmates are diagnosed – and undiagnosed – ADHD.  Their risk-taking and boundary-breaking tendencies made perfect sense to her.

Sarah still volunteers and in 2017 set up the counselling service for Wycombe Homeless Connection which she still manages.

Her passion is helping newly diagnosed ADHD people make sense of their diagnosis.

She also specialises in working with young ADHD (usually) boys who are getting into trouble with the law.  Keeping them out of prison is her goal!